Gender Equality And Your Authentic Self

How Men And Women Can—And Should!—Work Together 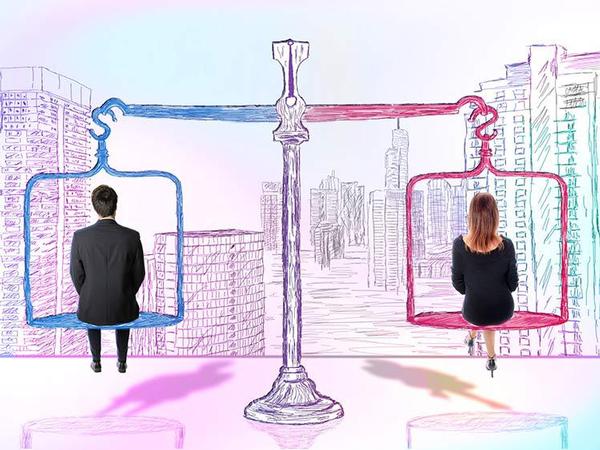 A recent study suggests that today’s women are choosing to stay single more than ever before. Exact reasons may vary, but many single women report that they choose to remain single simply because they are able to take better care of themselves as a single person and feel they are able to participate more fully in all areas of life without being socially or economically dependent on a man. This sentiment stands in stark contrast to the sad reality more common throughout history, wherein a woman’s entire socio-economic standing was often tied to her husband… Or lack thereof.

While I would be remise not to acknowledge that much of the world still has a long way to go when it comes to gender equality, it is still indeed a good time to be a girl. The average woman today is more empowered than she has ever been in recorded history. She has better access to education and healthcare. She is a seasoned member of the workforce and has better opportunities for corporate advancement and personal growth. While the gender pay gap still exists, it is growing marginally smaller. Heck, just the fact that she can vote and purchase property is saying something, but she is also growing ever stronger, balancing strength with vulnerability, rolling with the punches and remaining receptive to change because time has taught her that she has to be. Women are more united than ever before too. Let the #metoo movement be living proof of that. In general, women have an unspoken pact of sisterhood. We have been through the fire and yet here we stand, unscathed. We have fought hard to come this far and we continue to empower ourselves even as we are actively empowering each other.

So where does this leave the men?

Historically, men haven’t had to learn the same level of cooperation as women. Recent statistics released by the American Psychological Association show that, as a trend, men are taught an exaggerated, often aggressive, form of masculinity from a young age that has proven to be psychologically damaging in nature. “Anti-femininity, achievement, eschewal of the appearance of weakness, and adventure, risk, and violence” are just some of the all too common learned behaviors. Rather than discovering how to cultivate authentic and vulnerable relationships—both with women and with other men—these young male minds are being pushed toward a high level of competitiveness and individualism that is isolating at best. In general, men are taught to divide and conquer. Women are taught to unify and cooperate.

While a woman’s role in society has evolved in some pretty big ways over a small period of time, it seems as though the male experience has remained relatively stagnant. While women have learned to cultivate strength to balance out their vulnerability, men are not learning—or given the space to learn—to nurture softness in order to balance out their strength.

If we are to ever achieve true balance and equality in this world, we need men to empower themselves in the direction of vulnerability as much as women have empowered themselves in the direction of strength. We need men and women to work together to raise one another up even higher than either of us could raise ourselves. We need men to fight for gender equality as much as women fight for it for themselves. In fact, we need equality to no longer be a fight. We need it to be a given.

Based on the above, perhaps it is fair to say that not all men can be blamed for some of the damaging behaviors they have learned, but they can certainly be held accountable for it. It is possible that some men just don’t know how to take that first step in the right direction. This is the beauty of the universe: It’s never too late to change. We need to collectively begin to heal and rewire these damaging behavioral patterns, as friends, as neighbors, as mothers, as fathers. Today’s man can learn to pause and examine his behavior, ask himself why he responds to certain situations in a particular way and from who or what he learned these impulses. He can ask himself what his true feelings are and learn to choose love. Today’s boys can be taught that vulnerability is strength and encouraged to live as fully emotional beings. These are just a few of the many steps we need to take to dissolve the damaging and antiquated ideologies of the world and form true union between the genders.

My dream for the universe is that one day all genders would unite in an undivided front, that every person would not only accept each other’s differences, but celebrate them as well, that there would be oneness with humanity. I envision a world where the deep, unique beauty of every soul is able to shine forth radiant and uninterrupted. But that vision needs to include both men and women.

Did you love this post? Consider sending us a little love back! Visit http://bit.ly/30i31Ax to donate to Alpha Hearts now!